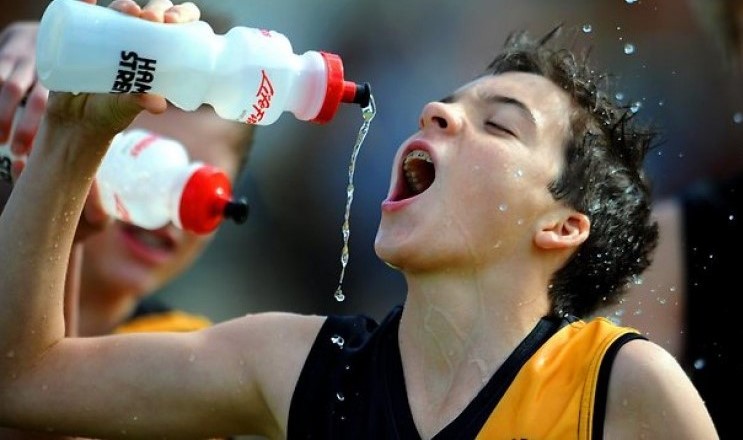 Energy drinks have been in the headlines a lot lately, and not for the right reasons. They have now been linked with Traumatic Brain Injury (TBI) in teenagers…

Adding to the many studies on this serious issue, and a new one published in PLOS ONE and reported by Science Daily states that teens who sustained a traumatic brain injury in the past year were seven times more likely to have consumed at least five energy drinks in the past week than those without a history of TBI.

Dr. Michael Cusimano, a neurosurgeon at St. Michael’s Hospital, made a similar statement regarding the apparent link between energy drink and alcohol consumption and traumatic brain injury in teens:

“We’ve found a link between increased brain injuries and the consumption of energy drinks or energy drinks mixed with alcohol, this is significant because energy drinks have previously been associated with general injuries, but not specifically with TBI.”

He believes that in addition to causing damage, energy drink consumption could also interfere with recovery efforts for teens who have sustained TBI:

“Energy drinks, such a Red Bull and Rockstar, contain high levels of caffeine and change the chemical state of the body, which can prevent people from getting back on track after a TBI. Brain injuries among adolescents are particularly concerning because their brains are still developing.”

Cusimano added that caffeinated drinks are often associated with teens who play sports. In addition to temporarily giving them increased alertness, improved mood and enhanced mental and physical states, they are also usually advertised by their favorite athletes.

Researchers believe that a better understanding of the link between energy drinks and TBI could help parents, medical professionals, teachers and coaches understand how to better prevent, diagnose and treat brain injuries.

Not that you need us to tell you, but avoid energy drinks if you can. Eat a banana instead for a temporarily energy boost…

In this article:Energy Drinks