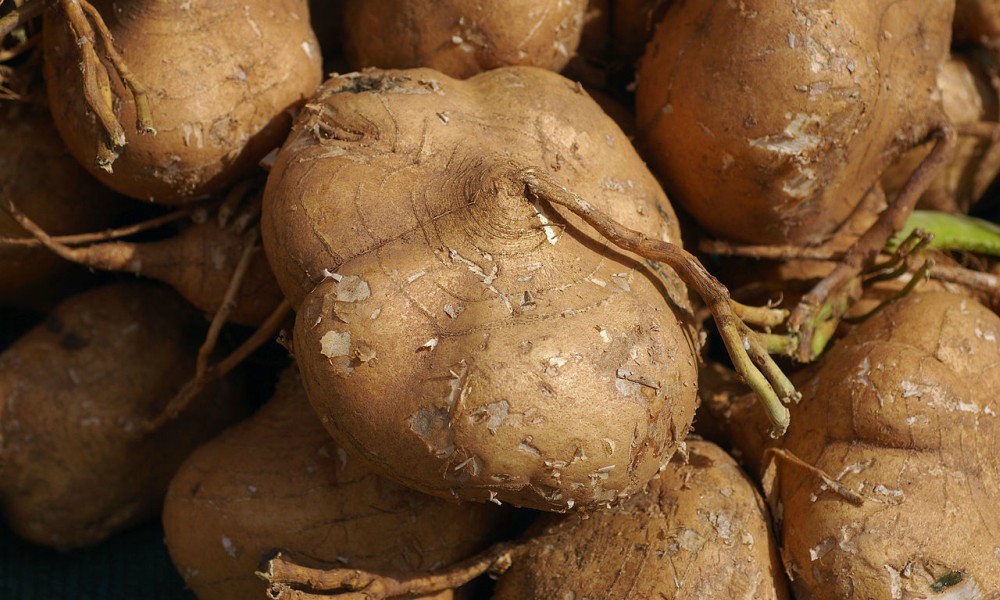 If you don’t know what Jicama is, it’s about time you got introduced to it. It’s probably the most exciting vegetable you’re not eating, one that could potentially challenge Kale as the next big shot superfood in the world of healthy eating.

Funny name aside, Jicama is very interesting for a number of reasons. It is originally from Mexico and has a bark-like, rough-looking exterior that almost betrays its crunchy yet juicy texture and mildly sweet flavor that’s reminiscent of a savory apple; nutrient-dense and rich in vitamin C, calcium, minerals, natural sugars and fiber; and considered a prebiotic since it helps establish a gut climate in which probiotics can thrive.

Most impressive all, especially for those looking to lose weight and improve their cardiovascular profile, Jicama contains no fat and no carbohydrates. It’s also rich in antioxidants and a good source of the soluble dietary fiber insulin, making it a very viable sweet snack for those with diabetes.

Now that you know what it is, you’re probably wondering how to incorporate it into your diet. Jicama is most commonly eaten raw, whether by itself or in a salad. It can also be cooked and lends itself very well to stir-fries, soups and stews. 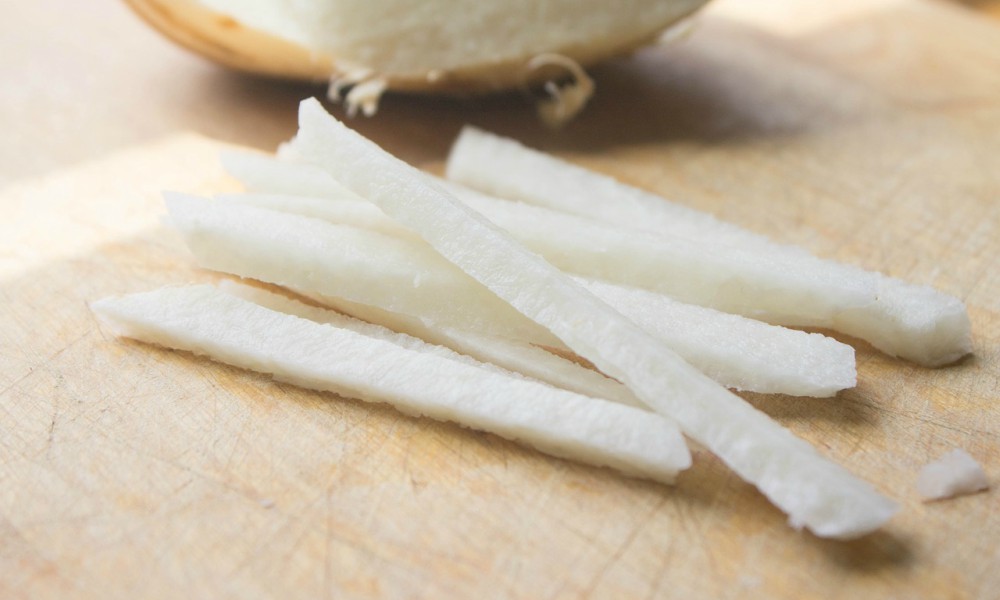 You know those unhealthy French fries you can’t stop munching on? Well, Jicama can be baked as a lower-calorie replacement. Bored of carrot sticks? Try Jicama sticks for a change — they might even be healthier.

As for where you can find this tasty, seemingly miraculous vegetable, supermarkets like Walmart should carry it. If not, head to your nearest specialty produce, Mexican, Latin American, or Asian grocer.

According David Sax, author of The Tastemakers, for a vegetable to enjoy the superfood status that kale long has, it needs to be versatile, available, and have cultural significance. Jicama scores high on all those criteria, and an increasing number of consumers seem to agree.

Nielsen Perishables, an industry expert in fresh food consulting, noted in a research article that Jicama led U.S. sales in the specialty vegetable category in 2016, accounting for $11.4 million of the total $25.3 million in sales.

Kale has been riding high in healthy eating circles for quite some time now, but other vegetables have been predicted to kick it off the pedestal. 2017 was suppose to be the year of the Jackfruit and some believe rutabaga will enjoy a meteoric rise in popularity in 2018. But it’s Jicama that could potentially unseat Kale as the darling of the produce isle.

In an interview with Fresh Plaza, Karen Caplan, president and CEO of Frieda’s, noted that more and more retailers are offering fresh-cut jicama sticks and that it has only taken 45 years for Jicama to become a household name since Frieda’s introduced it to produce retailers in 1972. She was quoted as saying:

“With all the research and development in the field of the gut microbiome, I believe that produce like jicama and Sunchokes will continue to be in high demand for 2018 and beyond.”

It remains to be seen whether Jicama will become more popular than Kale, but one thing we’re certain of is that it can be a tasty, versatile and extremely healthy addition to just about anyone’s diet, especially those looking to lose weight but have a sweet tooth.

Have you had the opportunity to try Jicama? If so, how do you like to eat it? If not, do you plan on incorporating it into your diet and how? Let us know in the comments below.