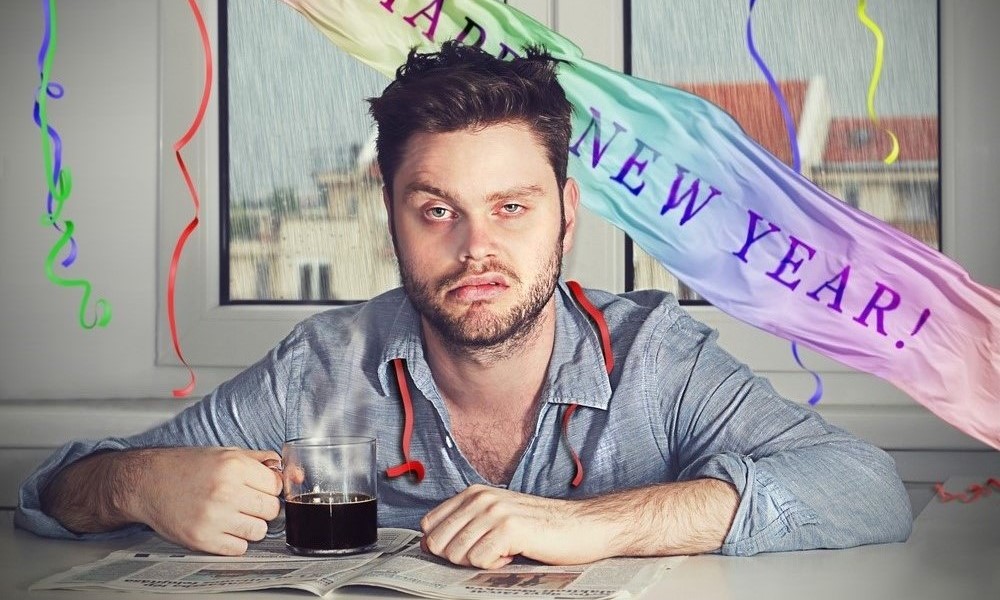 The holiday season is once again upon us and, for many, that of course means stuffing our faces with food and drinking a copious amount of alcoholic beverages until we fall over. It’s also that time of the year when we become reacquainted with our not-so-good friend ‘the hangover’, you know the annoying friend all of us wish we never had…

A wide variety of “cures” for hangovers are available, ranging from those prescribed by doctors to common household remedies; however, the scientific community still can’t seem to figure out what exactly about alcohol makes us feel miserable after drinking too much.

I mean, surely you must have wondered why some people get hungover after drinking just a glass or two of draft beer, while others can drink a lake worth of hard liquor and still manage to go to work the next day feeling alert and ready for another night of wild partying… My guess has always been that age and genes have something to do with it.

The most common scientific explanation for hangovers is that, as a diuretic, alcohol increases a person’s urine production, quickly dehydrating their body and making it not function properly. However, new studies have found that the connection between dehydration and hangovers is not as it seems.

Some experts see no apparent connection between increased levels of vasopressin (a hormone associated with dehydration) and the degree of a hangover.

Vasopressin is responsible for telling the kidneys to conserve and recycle body water and electrolytes when time calls for it. Unfortunately, alcohol suppresses it, preventing our bodies from receiving the signal and resulting in vital water being lost through urination.

Dehydration and hangover share several common symptoms (e.g. headache, nausea and fatigue), but the former does not completely cause the latter. In addition to dehydrating the body, alcohol also induces inflammation, sleep disturbances, acetaldehyde buildup and drops in blood sugar, which can all make hangover symptoms worse.

While not all experts are in agreement about what exactly causes hangovers, one thing is for certain: drinking a lot of water significantly diminishes alcohol’s dehydrating effect.

Our advice is to drink a lot of water, even when you’re not hungover.

In this article:Alcohol, Hangover Cure