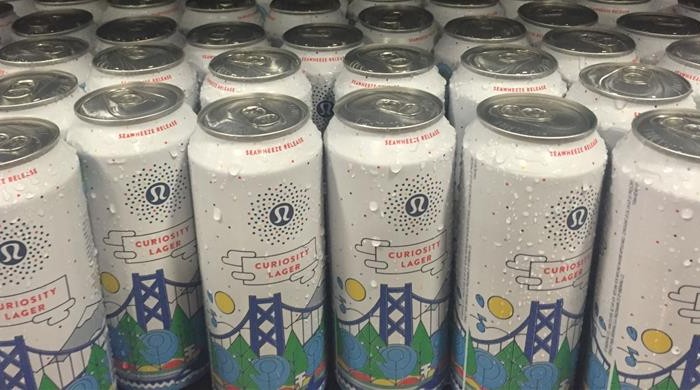 Lululemon, a company once exclusively associated with high-end yoga clothing, is now a player in the beer brewing business, having released their new craft brew called Curiosity Lager.

To commemorate its release, 88,000 cans of the limited edition Curiosity Lager will be made and served at Lululemon’s annual SeaWheeze Sunset Festival and Half Marathon in August, 2015, with the company stating in a statement:

“If you’re up for adventure, a good sweat and cold beer, we’ll get along just fine.”

According to Thestar, the new Lululemon beer will be produced by Stanley Park Brew and part of the sales proceeds will be used to support the Stanley Park Ecology Society. Doug Devlin, director of marketing for Stanley Park Brewing, told CBC News in an interview:

Beer brewing is an odd industry for Lululemon to enter, but it apparently makes business sense. Still, who would have thought beer and yoga went together…