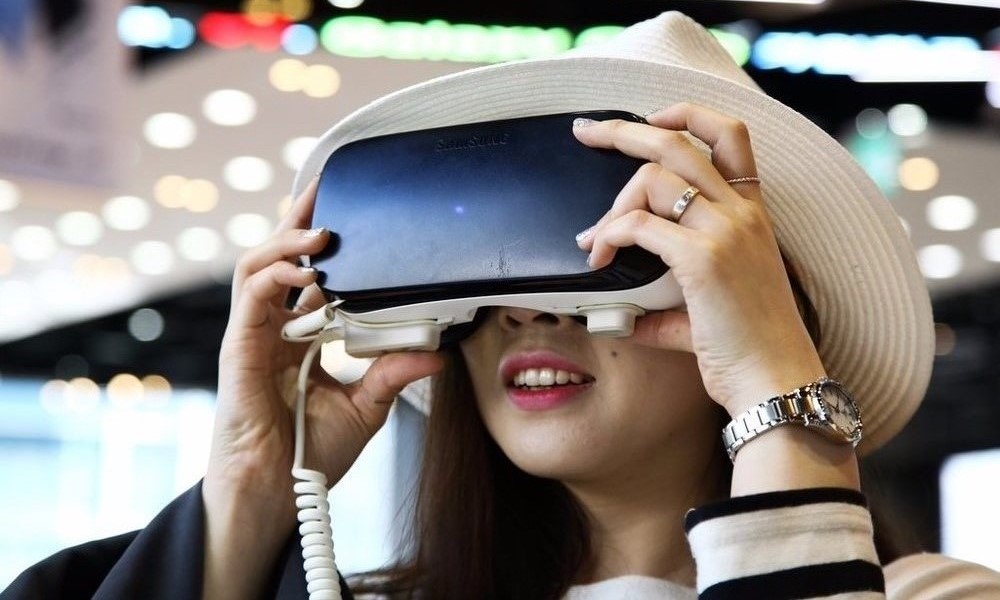 Does stuffing your face with plates after plates of sumptuous five-star cuisine without worrying about gaining weight or undermining your overall health entice you? If so, virtual dining could just be what the doctor ordered.

Basically, what the masterminds behind it want is to deliver a virtual reality sensory experience of dining without concerning yourself with calories. The system works by tricking all of the senses in perfect harmony using the impressive Oculus Rift VR headset to trick the eyes into seeing the food you’re craving, an aromatic diffuser to trick the nose into smelling it, and a “bone conduction transducer” (shudder) to mimic the chewing sounds that are transmitted from mouth to ear drums via soft tissues and bones.

It also employs a food detection sensor, motion tracking and a gyroscopic utensil to help mimic moving food from a VR plate to your mouth.

As for what you actually put in your mouth in real life, Project Nourished gives you a low-calorie fusion derived from agar, konjac jelly and gum Arabic, made to mimic foods such as steak, lasagne, pies and sushi.

Some people might wonder why anyone would want to eat virtual food when real food is within reach, but there might actually be a viable market for this gastronomic virtual reality experiment. In fact, if current technology trends are anything to go by, virtual reality is poised to become mainstream … eventually.

Everyone with a pulse loves good food, right? In fact, the only thing that stops most of us from gorging ourselves on a daily basis is the fear of becoming fat and having a heart attack. Fortunately, Project Nourished may eliminate such hindrances, allowing us to virtually eat to our hearts content.

The system is in the very early stages of development, and while initial tests have proven to be successful, the experience will only improve as virtual reality technology improves.

In this article:Healthy Eating, Virtual Dining