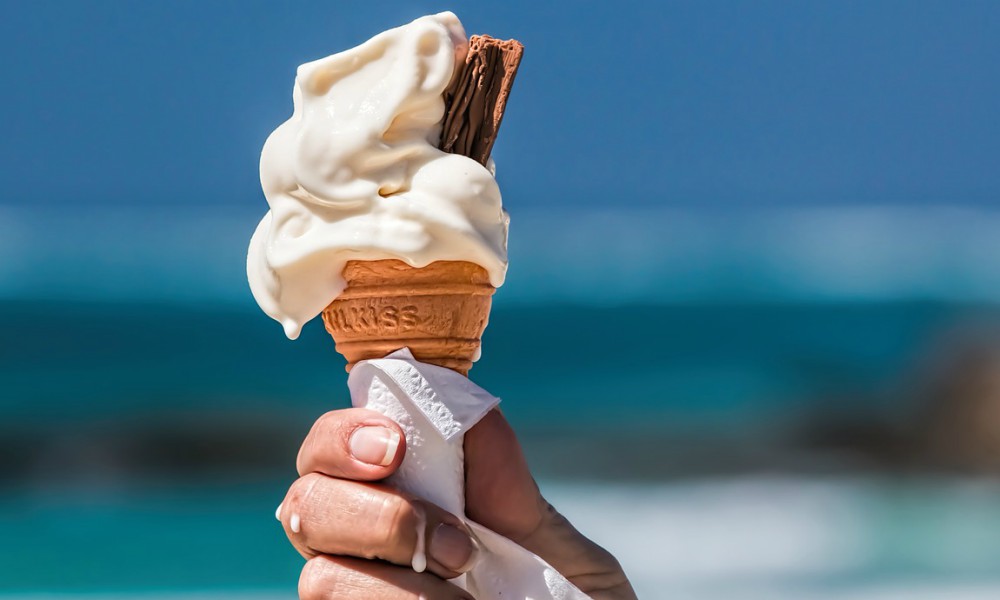 That the average person has an implicit bias for fatty, sugary foods is nothing new, but did you know that images of junk food are almost twice as distracting as those of health food?

That’s what a new Johns Hopkins University study published online by the journal Psychonomic Bulletin and Review found at least, confirming the old adage that you shouldn’t grocery shop hungry.

Led by Corbin A. Cunningham, Distinguished Science of Learning Fellow in the Department of Psychological and Brain Sciences, and Howard Egeth, a professor in the Department of Psychological and Brain Sciences, the team of researchers first created a complicated computer task that rendered food irrelevant and required a group of participants to complete the task as quickly as possible. As the participants worked diligently, pictures of high-fat, high-calorie foods, healthy foods, or non-food items flashed in the periphery of the screen for only 125 milliseconds, which is too quick for people to fully realize what they just saw.

While all the pictures distracted people from the task, it was things like doughnuts, potato chips, cheese and candy that were found to be most the distracting — twice as distracting, in fact. The healthy food pictures — carrots, apples and salads, etc. — were no more distracting to people than non-foods like bicycles, lava lamps and footballs. 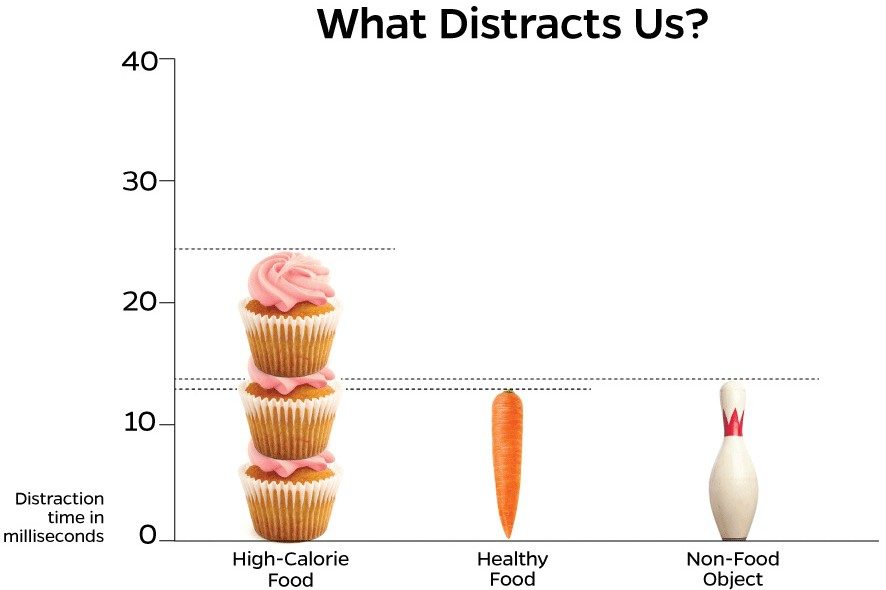 To make things more interesting, the researchers then recreated the experiment, this time involving a new group of participants that were given two fun-sized candy bars to eat before starting the computer work. What they found surprised them — after eating the chocolate, people weren’t distracted by the high-fat, high-calorie food images any more than by healthy foods or other pictures.

One wonders if less chocolate or even other snacks would have the same effect. Egeth added:

“I assume it was because it was a delicious, high-fat, chocolatey snack. But what if we gave them an apple? What if we gave them a zero-calorie soda? What if we told the subjects they’d get money if they performed the task quickly, which would be a real incentive not to get distracted. Could junk food pictures override even that?”

According to Cunningham, the results demonstrate that even when food is entirely irrelevant, and even when people think they’re working hard and concentrating, food, especially junk food, has the power to sneak in and grab our attention — at least until we eat a little of it.

Are you surprised by the studies findings? Let us know in the comments below.

In this article:Healthy Eating, Junk Food