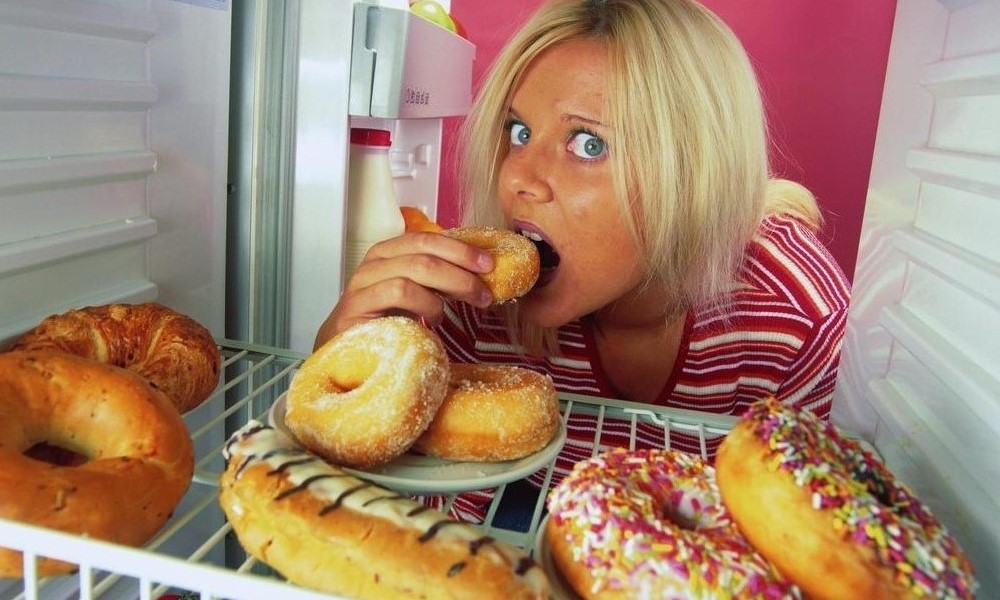 While most people eat when they get hungry, an increasing number eat just for the sake of eating. According to a new study, the latter group of individuals may be addicted to food as a result of their brains producing a certain high linked to food cravings.

Conducted by an international group of researchers, the study looked at 81 individuals, 42 of whom were normal in weight and 39 obese. When each participants was shown photos of a buffet style meal while their brain underwent an MRI scan, it was revealed that food cravings activated a different part of the brain in the obese group than they did in the normal group.

“There is an ongoing controversy over whether obesity can be called a ‘food addiction,’ but in fact there is very little research which shows whether or not this might be true. The findings in our study support the idea that the reward processing following food stimuli in obesity is associated with neural changes similar to those found in substance addiction.”

According to Web Md, highly palatable foods are the most addictive. They are generally high in sugar, fat and salt, and trigger the brain to produce the feel good chemical commonly known as dopamine.

The feel-good sensation resulting from increased dopamine levels in the brain once palatable food items are eaten makes food addicts consume even more of the trigger-happy, dopamine-increasing food in a vicious, difficult-to-break cycle.

To make matters worse, food-addicted people have the tendency to override the signals that give off the feeling of fullness and satisfaction, making them more likely to be obese.

As with many studies, the findings present an “association” rather than a definitive causation. That’s to say obese people may get addicted to food over time rather than by being driven to eat by a predisposition toward an eating addiction.

Even so, understanding the relevant “brain biomarkers” could help researchers develop ways of controlling excessive eating in the future.

Are you an obese person struggling to lose weight and do you think you’re addicted to food? Let us know in the comments below.