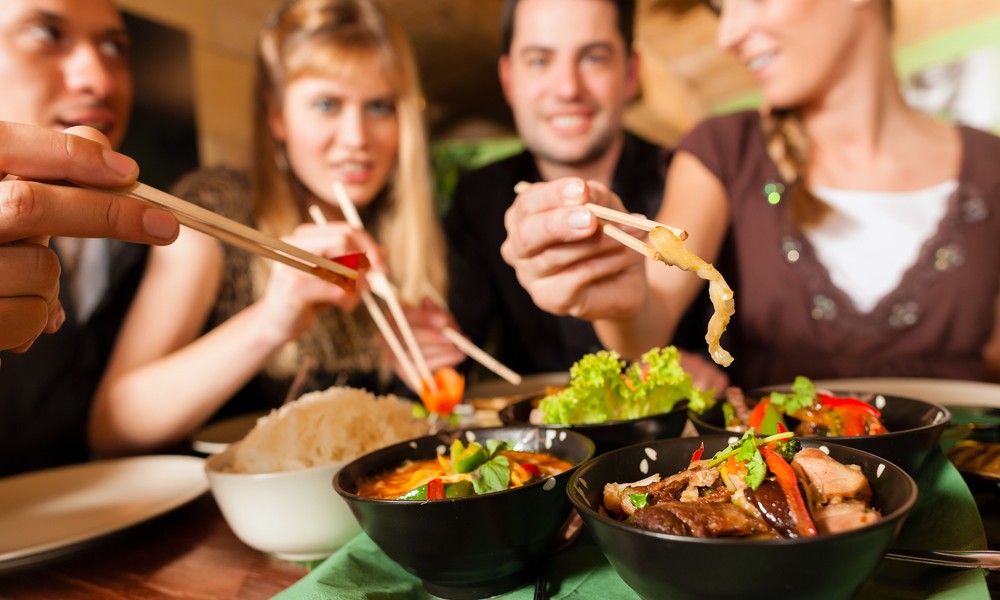 Do you ever get the feeling that millennials – possibly like yourself — are obsessed with their food? Well, you’re not alone, and one author has come with an interesting theory that explains the phenomenon.

In an interview with Business Insider, Eve Turow, author of ‘A Taste of Generation Yum‘, tackled the issue of what drives the food choices of the millennial generation (AKA ‘young people’) and came out with some interesting answers.

When asked to provide examples of why she thinks young people are obsessed with their food, Turow replied:

“I think that a lot of people in our generation are thinking about, ‘What am I going to eat next?’ ‘Where am I going to go dine next?’ ‘What’s in the fridge and what can I put together tomorrow?’

I think that’s expressed in social media… ‘I would say, a) talk to anyone who lives in Brooklyn and b) go online. If you look at any of the statistics for Instagram or Pinterest or Twitter or Facebook: Pinterest, the food boards are the most popular boards.”

As a young adult, I would say she’s right in that regard. In fact, it’s because of my obsession with food and also the Internet that I started FoodTribute.com. It seems you can’t go anywhere online without stumbling upon something food-related.

You have other websites like Foodporn.com, where you can go look at food all day, and major outlets such as Food Network and Chopped. Lest we forget about the proliferation of everything food on television…

There is no denying it, millennials are obsessed with food…

Now, as for why they are obsessed, Turow points to several reasons, all of which are tied to technology. For starters, she believes that sensory deprivation as a result of sitting in front of a computer for long periods of time makes millennials seek out tangible things that they can see, feel, smell and taste — things that are more exciting than typing all day.

Basically, we are the guinea pigs of growing up in a digital world, victims even…

She added that the digital world is making everyone more isolated, making us crave community. Food allows us to access the globe and gateway to learn about different places and cultures.

In explaining the large group of people obsessed about food but like cooking and eating alone, Turow brought up the issue of people not having control of their lives. Apparently, food is one of the few things you can break down and have complete control over, especially the end product.

There is a socioeconomic element, as well, particularly a difference between a person growing up in low-income household and/or living off food stamps and one with enough disposable income to even consider a four-dollar cup of coffee. The former could care less about what they eat so long as they don’t go to bed on an empty stomach.

Finally, you have those millennials that view food as something that gives them social currency. You know, as a way of showing off both in public and on social media that they have the luxury to be very deliberate about something that a lot of people really struggle to have…

Is the belief that millennials are narcissistic actually true?

Are you a millennial, and is Eve Turow right in her analysis of why millennials are so obsessed with their food or is there more to it than meets the eye? Let us know what you think in the comments below.

In this article:Food Obsession, Healthy Eating